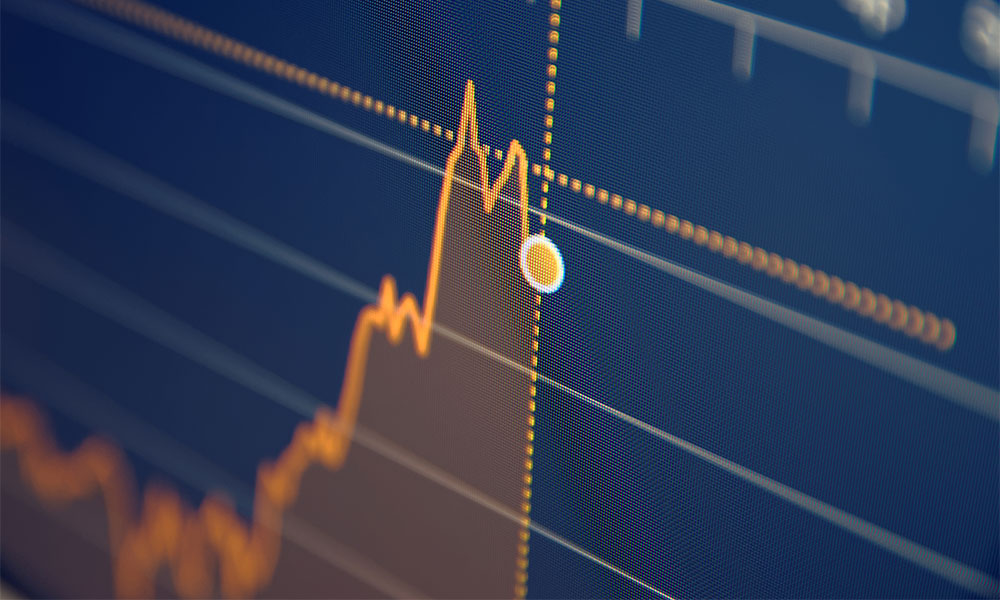 The May Consumer Price Index came in above expectations. Prices increased by 5 percent for the year-over-year period—the fastest rate in nearly 13 years. Despite the surprise, markets rallied on the news, sending the S&P 500 to a new record close and the technology-heavy Nasdaq Composite higher.2

The Fed indicated that two interest rate hikes in 2023 were likely, despite signals as recently as March 2021 that rates would remain unchanged until 2024. The Fed also raised its inflation expectations to 3.4 percent, up from its March projection of 2.4 percent. This news unsettled the markets, but the shock was short-lived.3

In the final full week of trading, stocks rallied on the news of an agreement regarding the $1 trillion infrastructure bill and reports that banks had passed the latest Federal Reserve stress tests.

What Investors May Be Talking About in July

Second-quarter earnings season is near, and investors will see whether Corporate America can build upon its first-quarter results.

Earnings are expected to increase 61 percent, in part driven by a nearly 20 percent growth in sales. In the first quarter, earnings rose 52 percent on an 11 percent increase in sales.5

First-quarter earnings didn’t move the market, so it’s uncertain whether second-quarter numbers will be a catalyst.

But if earnings miss the mark, analysts may find themselves evaluating stock valuations over the next few months.

Cancel monthly charges for services or products you really don’t use or need. If you decide you do need them, you can always sign up for them again later.

Overseas markets were mixed in June, with the MSCI EAFE Index falling 0.33 percent.6

In the Pacific Rim, Australia was among the standouts, gaining 2.11 percent. Hong Kong lost 1.11 percent, and Japan dropped 0.53 percent.8

Employment: Nonfarm payrolls increased by 559,000, dropping the unemployment rate to 5.8 percent. The leisure and hospitality sector experienced the largest gain, with 292,000 jobs added.10

Retail Sales: Retail sales declined 1.3 percent in May as consumers shifted their spending from goods to services such as airline travel.11

Industrial Production: Output at America’s factories, mines, and utilities rose 0.8 percent. It was the third consecutive month of expanded output.12

Existing home sales dropped for the fourth consecutive month, sliding 0.9 percent in May. Inventory shortages and declining affordability continue to weigh on the market.14

Consumer Price Index: The prices of consumer goods surged in May, hitting levels not seen in almost 13 years. The CPI rose 0.6 percent from April 2021.16

Following its June meeting, the Federal Open Market Committee indicated that two interest rate hikes in 2023 were likely. The Fed also raised its inflation expectations to 3.4 percent, up from its March projection of 2.4 percent.18

However, Fed officials continue to maintain that price increases will be transitory even though there has been no indication of when or by how much the Fed may begin tapering its monthly bond purchases.18

The market indexes discussed are unmanaged and generally considered representative of their respective markets. Individuals cannot directly invest in unmanaged indexes. Past performance does not guarantee future results. U.S. Treasury Notes are guaranteed by the federal government as to the timely payment of principal and interest. However, if you sell a Treasury Note prior to maturity, it may be worth more or less than the original price paid.

More From the Blog 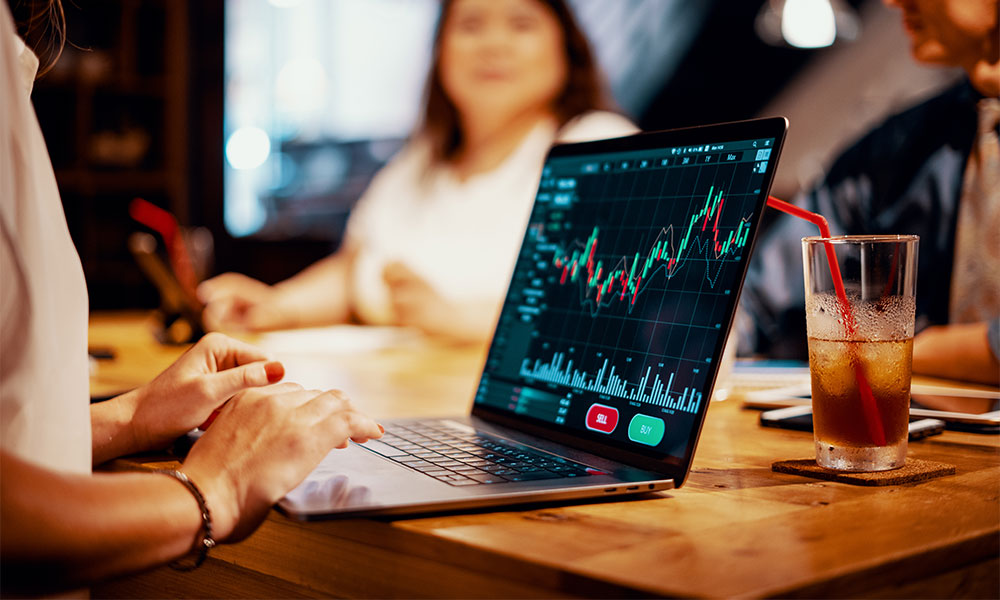 
This material was prepared by MarketingPro, Inc., and does not necessarily represent the views of the presenting party, nor their affiliates. The information herein has been derived from sources believed to be accurate. Please note - investing involves risk, and past performance is no guarantee of future results. Investments will fluctuate and when redeemed may be worth more or less than when originally invested. This information should not be construed as investment, tax or legal advice and may not be relied on for the purpose of avoiding any Federal tax penalty. This is neither a solicitation nor recommendation to purchase or sell any investment or insurance product or service, and should not be relied upon as such. Indices do not incur management fees, costs and expenses, and cannot be invested into directly. All economic and performance data is historical and not indicative of future results. The Dow Jones Industrial Average is a price-weighted index of 30 actively traded blue-chip stocks. The NASDAQ Composite Index is a market-weighted index of all over-the-counter common stocks traded on the National Association of Securities Dealers Automated Quotation System. The Standard & Poor's 500 (S&P 500) is a market-cap weighted index composed of the common stocks of 500 leading companies in leading industries of the U.S. economy. NYSE Group, Inc. (NYSE:NYX) operates two securities exchanges: the New York Stock Exchange (the “NYSE”) and NYSE Arca (formerly known as the Archipelago Exchange, or ArcaEx®, and the Pacific Exchange). NYSE Group is a leading provider of securities listing, trading and market data products and services. The New York Mercantile Exchange, Inc. (NYMEX) is the world's largest physical commodity futures exchange and the preeminent trading forum for energy and precious metals, with trading conducted through two divisions – the NYMEX Division, home to the energy, platinum, and palladium markets, and the COMEX Division, on which all other metals trade. The Hang Seng Index is a free float-adjusted market capitalization-weighted stock market index that is the main indicator of the overall market performance in Hong Kong. The FTSE 100 Index is a share index of the 100 most highly capitalized companies listed on the London Stock Exchange. The DAX 30 is a Blue Chip stock market index consisting of the 30 major German companies trading on the Frankfurt Stock Exchange. Nikkei 225 (Ticker: ^N225) is a stock market index for the Tokyo Stock Exchange (TSE). The Nikkei average is the most watched index of Asian stocks. The S&P/TSX Composite Index is an index of the stock (equity) prices of the largest companies on the Toronto Stock Exchange (TSX) as measured by market capitalization. The All Ordinaries (XAO) is considered a total market barometer for the Australian stock market and contains the 500 largest ASX-listed companies by way of market capitalization. The SSE Composite Index is an index of all stocks (A shares and B shares) that are traded at the Shanghai Stock Exchange. The CAC-40 Index is a narrow-based, modified capitalization-weighted index of 40 companies listed on the Paris Bourse. BSE Sensex or Bombay Stock Exchange Sensitivity Index is a value-weighted index composed of 30 stocks that started January 1, 1986. The MSCI World Index is a free-float weighted equity index that includes developed world markets and does not include emerging markets. The MSCI Emerging Markets Index is a float-adjusted market capitalization index consisting of indices in more than 25 emerging economies. The U.S. Dollar Index (USDX, DXY, DX) is an index (or measure) of the value of the United States dollar relative to a basket of foreign currencies, often referred to as a basket of U.S. trade partner currencies. The Russell 2000 Index is a small-cap stock market index of the bottom 2,000 stocks in the Russell 3000 Index. The PHLX Oil Service Sector Index (OSX) is a modified market-weighted index composed of companies involved in the oil services sector. The CBOE Volatility Index® is a key measure of market expectations of near-term volatility conveyed by S&P 500 stock index option prices. Additional risks are associated with international investing, such as currency fluctuations, political and economic instability and differences in accounting standards. This material represents an assessment of the market environment at a specific point in time and is not intended to be a forecast of future events, or a guarantee of future results. MarketingPro, Inc. is not affiliated with any person or firm that may be providing this information to you. The publisher is not engaged in rendering legal, accounting or other professional services. If assistance is needed, the reader is advised to engage the services of a competent professional.